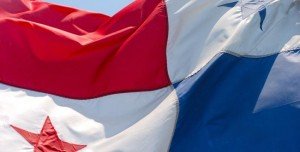 (Boquete Guide) Approximately two weeks ago an expat, an ex-policeman from Oregon, living in Puerto Armuelles, was convicted of murder by a 7-0 vote of a jury in David.

There is much discussion as to why this man was convicted. To prevent a reoccurrence in Boquete I asked Lic. Julio Espinosa who is local attorney to speak about the law of self defense in Panama.

To appreciate this and other criminal laws in Panama, understand that unlike most developed countries, in Panama if you are arrested for a crime, you are presumed guilty unless you can prove youself innocent.

The following is an unofficial translation of the law.

Acts of self-defense that the local courts may find justified are as follows:

What this means is simple in explanation but never simple if you are the person arrested.

The last, highlighted point first. IF YOU ARE IN THE PLACE YOU ARE LIVING, your home, a home you are house sitting, where you are residing and you act to defend yourself from a person who did not have your consent to enter the dwelling the burden shifts. You are presumed innocent unless proven otherwise. It does not cover your car, your front yard or someone you invited into your dwelling.

If this does not apply and you use lethal force, you need to prove the following.

There wast agression against you, actual or imminent and you used a RATIONAL means to prevent or repel the aggression. This section implies that you cannot use excessive force, you cannot shoot someone for hitting you with a fist, repelling a machete attack might be permissible since it is lethal force being met with lethal force. You also must show you or the person you defended did not provoke the attack. Note, the burden of all of this is on the person committing the act. You are presumed guilty if charged.

I can not discuss the case in Puerto Armulles because I do not know all the facts presented to a jury. I will posture this parallel hypothetical situation based upon the accounts of the crime I have heard.

The shooter was a member of a neighborhood watch group. He was watching a neighbor’s house, not residing in it. He witnessed a burglary in progress, armed himself with a shotgun and proceeded to the house. He confronted the burglar, who threatened him with a machete. He shot the burglar, who died waiting for a delayed ambulance. This account, true or not, is the basis for the hypothetical discussion below.

In my untrained interpretation of the law of Panama as stated above applied to the hypothetical shooting in the facts related above. (Note: this is a hypothetical because I do NOT know the facts only the internet chatter) :

1. The shooting did not take place in the dwelling of the shooter.

2. The shooter entered another, unoccupied dwelling with his weapon in an effort to stop a burglary.

3. He was threatened with a lethal weapon and he used lethal force.

It was not his dwelling, he left his dwelling to investigate he was armed. He acted as if he was a policeman, he was not. In doing that, under the law, as I read it, his action of entering the premise armed, could be interpreted as having provoked the machete attack. In that case the the law provides no protection.

You are at home and a neighbor asks you to watch their house. You see a person enter the window, what should you do.

2. Do NOT grab your shotgun and run to confront the burglar.

Crimes against property do not justify death, not in Panama.

Unless you are a police officer in Panama you have no business taking a weapon or trying to stop a crime. The exception is defending another person or yourself, if you or that other person did not provoke the attack. Protecting property even within your own dwelling is not unless you are threatened. The law only changes the presumption of guilt.

I did try a recording of this but I lack the tools to edit it so it is omitted.

If you have additional questions please consult a qualified Panamanian lawyer who is a specialist in Criminal law. Please do not read anything is this post as legal advice, I am not qualified to offer legal advice in Panama and I, not Julio wrote this post.