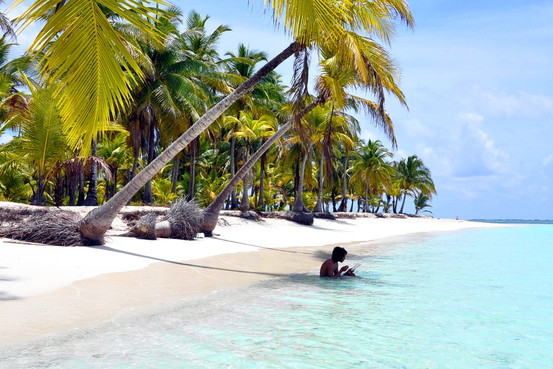 At half-past nine in the morning the San Blas Islands, clustered off the coast of Panama, almost shine like found gems. Like lost doubloons. Like Caribbean treasure. We’ve been out to sea for three days, and while it’s a yacht we’re on and not a privateer, the first sight of land quickens the pulse of all aboard as though we were buccaneers.

By a quarter of 10 we’re gliding between the islets. Leaning palm trees feel so close you could reach out for the coconuts. There’s a shipwreck nearby. The yacht slows, then drops anchor into the warm turquoise water. Five minutes later the passengers follow, diving off the deck. A light current carries us ashore, and by ten o’clock we’re wading onto the tiny cay, all sand and vines and tropical birds.

Setting sail on a yacht should be the only way to get from Colombia to Panama—and it nearly is. While the Pan-American Highway runs from Tierra del Fuego to Alaska, for a short stretch between Central and South America known as the Darien Gap, the highway gives out to dirt, then nothing at all. Most travelers mind the gap with a two-hour flight from Colombia to Panama City.

But for those who like to linger, there’s a lesser-known option: go by boat. The port city of Cartagena on Colombia’s Caribbean coast is home to dozens of captains who pass back and forth year-round, taking on anywhere from four to 12 passengers before setting sail.

Depending on the wind and the skipper’s whims, it’s two to three days at sea followed by an exploration of the San Blas Islands. The 378 tiny coral cays off northern Panama are Kuna Yala—home of the Kuna people, who have occupied these shores for centuries and retain their traditional ways of life.

My adventure begins in a smoky room of the Casa Viena Hotel in Cartagena. On the advice of hotel staff, who have a long list of skippers making the journey and can book berths for foreigners in advance, I had reached town several days ahead of time in case the captain arrived early. Instead, he is late. I wander the streets of Cartagena’s walled Old Town alone, past ancient churches and romantic bulwarks made of coral, like some character in a 19th-century novel, interminably waiting.

After four days, I meet a tall man in the doorway of Casa Viena. “I am Federico Layolle,” begins our skipper, a Brazilian-born Frenchman living in Colombia. He shares a photo of his 43-foot sailboat, the Sacanagem. Looks like a dream. 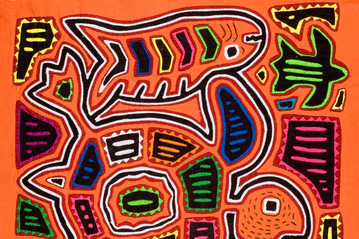 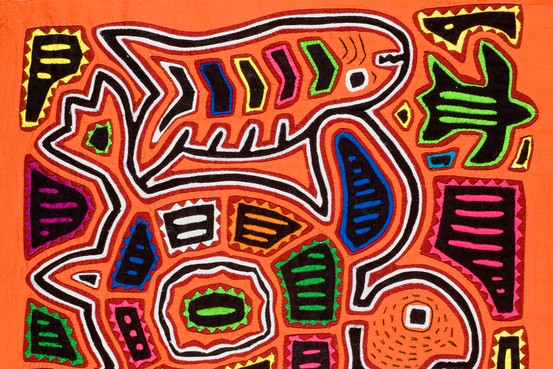 “It’s Old Portuguese for a dirty joke, of a sexual nature,” he says.

Quarters on the Sacanagem are spartan—my room, while private, fits little more than a bed and a porthole, and the bathroom is shared. But we’re served three meals daily—Layolle dabbles in French cuisine—and, of course, there is the view.

The next evening the Sacanagem is headed for deep waters. We don’t head straight out to sea, but hug the land for a while—the captain explains that the Spanish long ago built a wall on the ocean floor to tear up the hulls of unsuspecting pirates. The sun sets and the bell towers of Old Town hit the vanishing point in the distance.

For two days I read a Graham Greene novel whose chapters fly by faster than the nautical miles. A school of dolphins pay the Sacanagem a visit, fins cutting a spray through the water. After an hour, the pod moves on. The sun sets in a dramatic sky, rises, sets again.

Finally, land ho: The coconut palms are sighted, the anchor hits the water and the motley crew of travelers—backpackers, bankers—heads for shore.

The island looked deserted from the boat, but it isn’t. The Kuna rule the islands and neighboring Panamanian coastline as an autonomous province, the result of a somewhat bloody revolt against the central government in Panama City in 1925. These days, life is much more peaceful. A few larger islands near the mainland are home to villages with dozens of families. Some smaller ones are occupied by a handful of people. Or nobody at all. 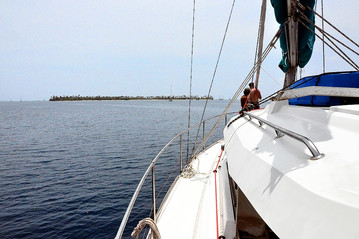 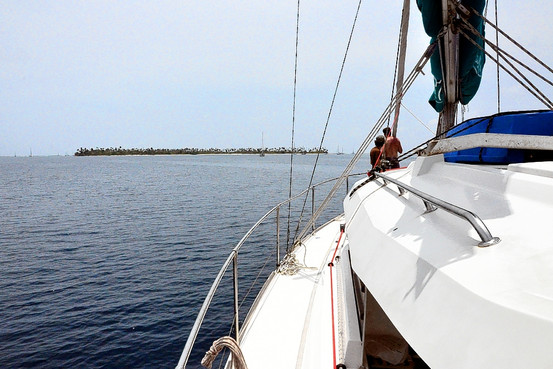 A young man in his 20s approaches us and shows off the fruits of his afternoon’s labor—a towering pile of husked coconuts nearly his height. Julio speaks no English, but with a little Spanish and some of his own native Kuna language mixed with hand gestures, the general arc of his tale comes clear: his family is bouncing from island to island to harvest ripe coconuts. A pair of kids—his brother and sister—darts up and snatches my camera. Julio makes a gesture that says: “Don’t worry, there’s nowhere they can hide.”

An hour later the camera is returned, containing a child’s-eye view of life on the cay. There’s a girl doing a cartwheel on the sand in one shot; noses are pressed up against the blurry lens in another. They’ve photographed a brightly colored mola, the embroidered, multi-layered fabric panels that are part of traditional Kuna dress, and feature designs based on the patterns that islanders painted on their bodies before the Spanish arrived. There are huts with thatched roofs, winding paths and fish from the reef being grilled over the fire.

Sun is setting and it’s time for dinner. Mr. Layolle scours the island for firewood and builds a beach bonfire of our own. Fitting, since the first barbecues were held on the beach on old Arawak grills called buccans that eventually brought us the words “barbecue” and “buccaneer” as sailors took up grilling. He transfers the embers to a hole in the sand, adds a selection of succulent meats wrapped in tinfoil, then buries the lot. A couple of lonely sailors from another yacht join us, and we crack open a few beers. They share tales of islands far beyond where we will go: Martinique, Dominica, St. Vincent and the Grenadines. After another day of swimming, meandering and lounging, we’ll be far from this place, back where the Pan-American Highway is paved and no sailboats go.

Write to Nicholas Casey at nicholas.casey@wsj.com