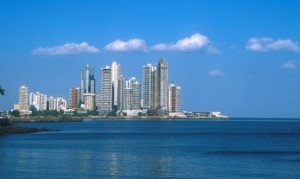 (International Living) Most land and homes are sold privately, without a real estate agent. There are active agents, however, and their fees are usually 5%. There is no escrow and no title insurance in Panama, though a secure transaction can be made through a local bank. We recommend you have land surveyed before you purchase it. And don’t purchase any property without consulting a local attorney who can help you through the process.

Getting clear title to property in some parts of Panama can be problematic if you’re not careful. It’s best to avoid the San Blas region on the country’s eastern coast, for example, where the Kuna Indians live in what has been designated an independent, sovereign state. Some people have attempted to partner with the Indians to buy property here, with no success…even the Smithsonian was kicked off this land. In addition, most of the property in and around Bocas del Toro (and in the country’s agricultural areas) is owned by the government. You cannot readily acquire titulo de propiedad (formal titled ownership) to any of these properties.

Another way to acquire land is through derecho posesorio (possession rights), which permit a buyer to acquire a right to possession that is transferable in perpetuity, so long as the land is actively used for the public good. This is a gray area, and the Panamanian courts are working to clarify the condition; a favorable judgment would make derecho posesorio an acceptable form of ownership for tourism development. Until then, we recommend that you never purchase a property with possession rights only, even though we know of several people who have done so without a problem.

For foreign buyers in Panama, the following restrictions apply:

Under Article 286 of the constitution, foreign ownership of property within 10 kilometers of an international border is forbidden.

Untitled land must be owned by a citizen of Panama for a minimum of two years before it can be sold on to a foreign buyer. After the two-year period, the land can be titled and resold without restriction. (Note: Some untitled land can never be titled, so get professional advice before you decide to buy.)

There are restrictions on foreign ownership of waterfront and island property. Such restrictions may be avoided if you are investing in one of the tourism zones. By law, all beachfront properties must provide a public right of way starting from the highest tide to the property line. (This distance may vary.) Permits to build over the water require a concession from the maritime authority and the Ministry of Finance. (One exception to this restriction is Contadora in the Pearl Islands, where there is no restriction on foreign ownership.)