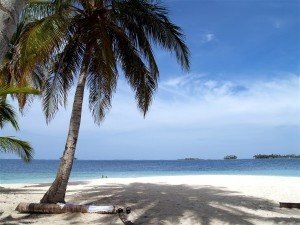 (Investopedia) Panama has become one of the world’s top retirement havens. Beautiful beaches, lush mountains, rich biodiversity and a capital city that rivals many U.S. and European cities in terms of culture, atmosphere and conveniences entice expats from around the world in search of new experiences and a change of scenery during retirement. Like any country, however, there are pros and cons to settling down in Panama once you have left behind the daily grind.

Similar to other Latin American countries, Panama has a low cost of living. Just how low depends on your lifestyle and preferences. It may be possible to squeak by on $500 a month, for example, but it probably won’t be the standard of living you’re looking forward to in retirement. At the other end of the spectrum, you could easily drop $10,000 a month living in a posh beachfront home. A realistic starting point for a retired couple would be about $2,000 per month to cover basic housing and living costs.

Panama offers special benefits for retirees – including those from abroad. The Pensionado Visa is available to anyone over age 18 who has a lifetime pension, Social Security or annuity income of at least $1,000 per month (married couples can combine their incomes to meet the requirement). If you buy Panama real estate valued at $100,000 or more, the minimum monthly drops to $750. The Pensionado Visa comes with discounts: 25% off flights (domestic and international); 50% off entertainment; 30% off public transportation; 25% off restaurants; and 25% off utilities (electrical, telephone and water), to name a few. You can also import up to $10,000 worth of household goods tax-free.

While Panama has both public and private healthcare systems, most expats prefer private facilities since they generally provide better services. Medical costs are typically a fraction of what they are in the U.S., even at top private providers in Panama City. A local health insurance plan costs about $145 a month for a couple in their 60s and pays between 50% and 70% of most healthcare expenses.

Most medications can be purchased without a prescription (with the exception of antibiotics, controlled substances and certain pain meds). If you are a resident retiree, you’ll also qualify for discounts on meds, healthcare services and fees.

While the most common illness that may affect you is traveler’s diarrhea, there are a number of other diseases you should be aware of when living in Panama. The Centers for Disease Control and Prevention recommends that all travelers are up to date on routine vaccines (measles-mumps-rubella, diphtheria-tetanus-pertussis, varicella, polio and flu), plus hepatitis A and typhoid vaccines for most travelers. Depending on how long you’re staying and what you’re doing, you may also need vaccines against hepatitis B and malaria, and rabies and/or yellow fever in rare cases.

No vaccine currently exists for the Zika virus, which was recently reported in Panama. Spread by mosquitos, Zika is believed to cause the birth defect microcephaly in babies whose mothers were infected with Zika while pregnant, and be linked to a rare paralysis condition called Guillain-Barré syndrome.

Service at a different pace

As in many countries, life in Panama moves at a different pace than you may be accustomed to, and that goes for services. If you’re in a hurry to receive a particular service (say you need a new set of prescription glasses), be aware that those assisting you may not see as much urgency in the situation. Delays are fairly normal, and it’s helpful to understand from the get-go that “mañana” doesn’t usually mean tomorrow, as you might expect – it just means not today.

The roads have gotten better over the years, but many expats still find driving in certain parts of Panama stressful, if not downright harrowing. Driving conventions are similar to those in the U.S. – you drive on the right side of the road, traffic rules are similar – but traffic jams in cities and the potholes and general lack of signage in rural areas can make driving tricky. It’s important to understand that horns and hand signals are how drivers communicate with one another (not turn signals), and that arm waving doesn’t necessarily mean someone is angry with you. Heavy rains can lead to landslides, which can temporarily close roads or, in extreme cases, wipe them out completely.

While you can find a low cost of living in various corners of the world, Panama has something that a number of those countries lack: an infrastructure that is both modern and in good repair. Roads and public transportation are good, and utility services are as reliable as their U.S. counterparts.

Like any country that may be on your radar for retirement, Panama has its pluses and minuses. Before making any decisions, it’s important to assess the advantages and disadvantages, and to have realistic expectations about what it will be like to live in a foreign country for the long-term, rather than visiting as a tourist.