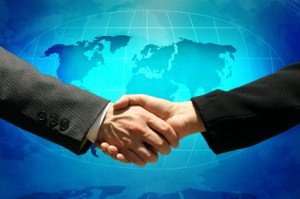 The accord, signed by the U.S. and Panama in November, must be approved by the nation’s legislature before it can take effect, clearing the way for the Obama administration to send a free-trade agreement to Congress for consideration.

The tax deal will allow both nations to seek and exchange bank account information, a requirement sought by U.S. lawmakers such as Senator Carl Levin, a Michigan Democrat, before they consider the accord reached during the George W. Bush administration.

“I have every reason to believe they will do it before they recess,” Sapiro said late yesterday in response to a question at a hearing of the House Ways and Means Committee’s panel on trade in Washington. “We are working very hard, and so is Panama. The ball is really in their court right now.”

President Barack Obama’s administration is waiting for Panama to ratify tax and labor changes it says are necessary before that pact can be approved. The U.S. Trade Representative’s office also is negotiating labor-rights provisions with Colombia aiming to complete work on a separate free-trade agreement.

The Organization for Economic Cooperation and Development lists Panama among nations that must share tax data or face sanctions as the Group of 20 cracks down on banking secrecy. Tax-information agreements, which let officials request details about citizens’ bank accounts in another nation, are needed to ensure that taxpayers have no place to hide their income and assets, the organization said in November.

The U.S. began negotiations with Panama on a tax-exchange treaty in 2002. The agreement covers information since Nov. 30, 2007.

A pending free-trade agreement with South Korea is the biggest prize for U.S. companies among three deals, as trade with that nation topped $87 billion in 2010, compared with $28 billion for Colombia and $6.5 billion for Panama, according to U.S. Census Bureau data.

To contact the reporters on this story: Eric Martin in Washington at emartin21@bloomberg.net; Eric Sabo in San Francisco at esabo1@bloomberg.net