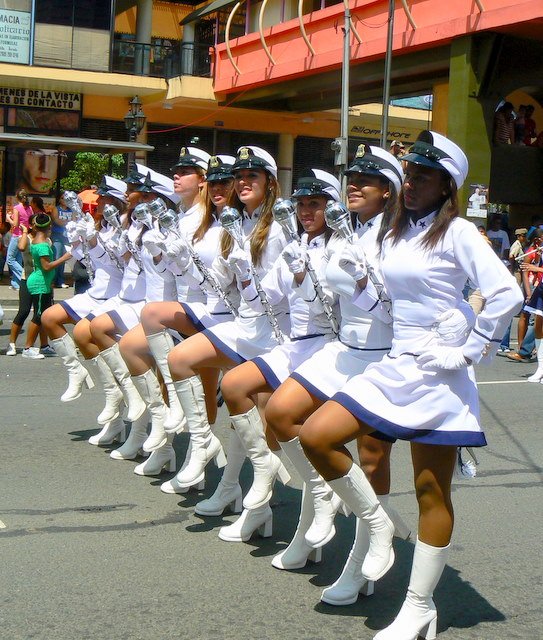 (NewsroomPanama)Panama’s celebration parades for  will take two routes simultaneously, one on Via Espana and the other along Avenida Balboa.

The Via Espana parade will begin at 8:30 am, while the parade assembling at the Presidency in Casco Viejo will move off  at 9 a.m.

Both routes will have 23 bands and marchers from schools, “coordinated and regulated by Executive Decree” which among other restrictions, orders female student marchers to refrain from using short skirts and tight dresses.
Police and Bomberos (Fire Fighters)  and independent bans also participate.
The November 3 event celebrates Panama’s independence from Colombia. November 4, is National Flag Day.