(InternationalLiving)I’ve been living in Panama full-time since 2005, and one of the best things about living here is the health care. I’m not the only one who thinks so, either. I’ve interviewed slews of expats here, and nearly every single person I talk to is mightily impressed by the health care in Panama. 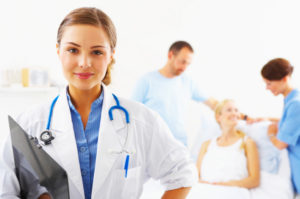 Many doctors in Panama are U.S.-trained

International Living editor Dan Prescher says the health care in Panama is modern and affordable. He went to see my eye doctor in Panama City—he liked the doctor and the modern facility so much, Dan decided to have laser eye surgery here. He estimates he saved up to 50% by having the procedure in Panama instead of back in the States.

Expat resident Linda McKee says she likes the personal attention she and her husband, Eric, have received here: “Have you ever called a doctor in the U.S. at home on a weekend? My husband Eric and I had never had the pleasure…until we came to Panama. And we’re not the only ones—most of the expats I’ve met agree that the personalized health care in Panama is excellent.”

You’ll find excellent hospitals in Panama—in popular towns like Panama City, Chitre, Coronado, Boquete and David, the modern facilities are first rate. The country is so small, you’re likely to never be no more than an hour or two away from a major hospital (with plenty of smaller facilities, dental clinics, eye doctors and more close by).

One night in Boquete, expat Lee Zeltzers’ wife Jennifer began experiencing severe stomach pains. He rushed her to the local clinic, but she was soon sent to Hospital Chiriqui in the town of David, a 45-minute drive away. His normally healthy wife was experiencing acute liver failure and her kidneys began to shut down. Her doctors in David decided she needed specialized care in Panama City. A private plane was chartered to take her to Hospital Punta Pacifica, where Jennifer spent eight days in intensive care.

Says Lee: “She was never left unattended…the care and facility is as good as or better than any I have experienced or observed in the U.S.” Lee adds that the doctors were “beyond exceptional” and the nursing and technical staff were excellent.

Lee believes that Punta Pacifica’s affiliation with Johns Hopkins Medicine International was critical to saving Jennifer’s life. Specialists at both hospitals were in constant contact, affording her the best possible medical care her “international team” could provide. Despite living in the small mountain town of Boquete, Jennifer was able to get top-notch treatment thanks to the professionalism and timely actions of Panamanian health care professionals.

Another reason the health care in Panama has such a good rep is that many doctors here are U.S.-trained. Not only that, but the standards at the top hospitals in Panama compare favorably with those in the U.S., Canada and Europe.

The largest hospitals in Panama are affiliated with First World facilities in the U.S. and elsewhere. In fact, Panama is the only Latin American nation to boast a John’s Hopkins-affiliated facility: Hospital Punta Pacifica (known as the most technologically advanced hospital in the region).

Private health insurance in Panama is accessible and much less expensive than insurance in the U.S. Needless to say, doctor’s fees and hospital visits are much cheaper here.

Many expats choose not to buy insurance in Panama, opting instead to pay into hospital membership plans, such as the one offered by Hospital Chiriqui in David.

This modern private facility is the main treatment center for many expats living in the province of Chiriqui and even Bocas Del Toro. According to the director of the Hospital Chiriqui Services Plan, members receive discounted services and reimbursements of 50% to 70% on most procedures. Though many procedures are inexpensive enough to pay out-of-pocket, plans like this one help limit costs and give expats in Panama some extra peace of mind.

Editor’s note: Learn more about Panama and other countries in our daily postcard e-letter. Simply sign up for IL’s free postcards and we’ll send you a FREE REPORT — Panama: First World Convenience at Third World Prices.