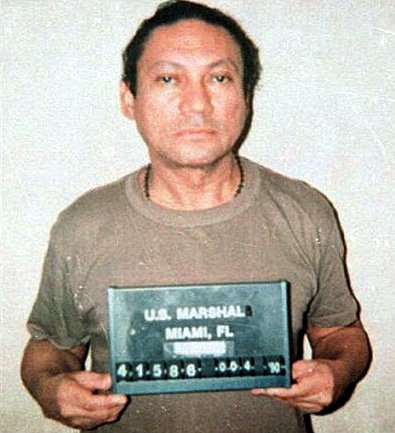 (prensa.com)  The Foreign Ministry said this evening that yesterday, March 14, 2011, the Supreme Court made another request for the extradition of Manuel Antonio Noriega to appear at trial for allegedly committing a crime against and personal life (murder), to the detriment of Heliodoro Portugal.

The Panamanian Foreign Ministry, as central authority for matters of extradition, forward the request to the Embassy of Panama in France this the new request to the Ministry of Foreign Affairs of France, said the institution in a statement.

This request for extradition is the third that makes the Supreme Court in relation to the Noriega case, according to the records of Chancery.

Previously, the requests for extradition cases Giroldi Hugo Spadafora and Moses, of which awaits the response of the Government of France.

The Government intends that the extradition of Noriega “materialize”, highlighted in the press release said. The goal, says the document is that the former Panamanian dictator meets the judgments that weigh against them and face the charges pending before the Panamanian courts.

Last January, President of the Republic, Ricardo Martinelli, said from Davos, Switzerland, in the “coming months” Noriega will be extradited to Panama because they have no convictions to play.

On that occasion, Martinelli told the AFP news agency that “appears” that there is an agreement between France and the United States (U.S.) to extradite him, and now France must receive approval from the U.S. State Department.

On July 7, 2010, a French court sentenced Noriega with money laundering and sentenced him to seven years in prison. As the French have recognized Noriega credit for the nearly three years he was imprisoned in Miami, USA, while fighting against extradition to Paris, it is almost time for him to carry half of his sentence and thus acquires the possibility of be released by the French courts.