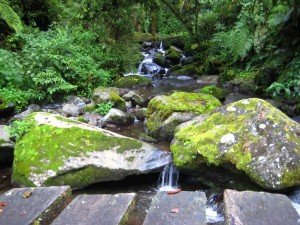 The major environmental groups in Panama claimed today by the conservation and sustainable use of the 27 types of wetlands that exist in the country, on the occasion of World Wetlands Day.

Representatives of the National Wetlands Committee, composed of state agencies and organizations relating to the environment, agreed that these habitats, as the basis for the reproduction of various species, require greater care to ensure their future sustainability.

During a public event for the anniversary, thirty representatives of conservation organizations inside the country said that the lack of support and resources prevent them from  In Panama it is estimated that around 170,000 hectares of wetlands, among which are the mangroves, coastal lagoons and other areas of critical importance to reproduction and development in juvenile stages of species such as snapper, grouper, shrimp or locusts, according to figures from the National Environmental Authority (ANAM).

The scientific adviser for border-marine affairs Smithsonian Tropical Research Institute, Juan Maté, acknowledged at the public that growth (urban) disorders affect wetlands, which are essential for many fish species.
The Marine Program Coordinator Conservation International in Panama, Arturo Dominici, believes that what is important is the need to protect these ecosystems not only for biodiversity heritage, but also by environmental and social services, protection and food they provide, what is part of a gear to cope with climate change.
“We want to emphasize today that there are many groups in communities across the country who are working for the conservation and wise use of these forests. We work on issues such as organic carbon, scientific tourism, conservation and restoration of forests in watersheds of Panama’s major rivers, “said the director of the Panama Audubon Society, Rosabel Miró.  According to biologists from the National Association for the Conservation of Nature (Ancona) in the country there are 27 types of wetlands, of which 10 are coastal and marine type, 11 type terrestrial and six are artificial.

They stressed that this year marks the 40 anniversary of the signing of the Ramsar Convention on Wetlands of International Importance, which seeks its preservation.

It is likewise the only global treaty on the environment that deals with a particular ecosystem type and the Convention member countries cover all geographic regions of the planet.

Of the 1891 Ramsar Sites (registered July 2010), 825, covering a total area of 79 million hectares, have at least a portion of forested wetland in limits equivalent to 53% of the Ramsar Sites in world, according to data supplied by Ancon.