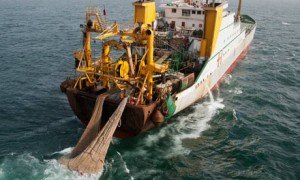 (Costa Rica News) This week three Panamanian institutions launched a new project to prevent and control illegal fishing in the Pacific, an initiative that involves the cooperation of the authorities of Colombia, Costa Rica, Ecuador and Panama.

The plan, announced by the Water Resources Authority (ARAP), the National Environmental Authority and MarViva environmental foundation, implies that each of these countries will be responsible for the protection of their respective areas of jurisdiction, with emphasis on protected areas, official sources said.

One of the key issues is therefore the creation of a database from the information that each country obtains from its activities and to share between them to facilitate joint action in this situation.

The project will last for one year, with option to extend to three, to perform different actions to enforce existing regulations on fisheries in each country.

To do this, we have developed some tools to make the work of the inspectors more comfortable, such as fish and invertebrates guides, protocol manuals and workshops to improve staff training.

Illegal, unreported and unregulated fishing is a difficult to quantify financially, as there is no official indicator showing its impact, so Finch hopes that this project “contribute” to the creation of statistics to know the real dimension of the problem in the Eastern Tropical Pacific.

The ARAP general manager admitted that the project has achieved its first results, and that “in recent months has dropped dramatically the number of complaints for illegal fishing due to controls being imposed”.