(Thecostaricanews.com) After years of paperwork and delays in the works, the construction of a joint bridge between Costa Rica and Panama over the Sixaola River is finally a reality today. The construction of the bridge started in 2015 and it was estimated that it would be ready in 2017, but in the face of different situations, the work suffered delays and 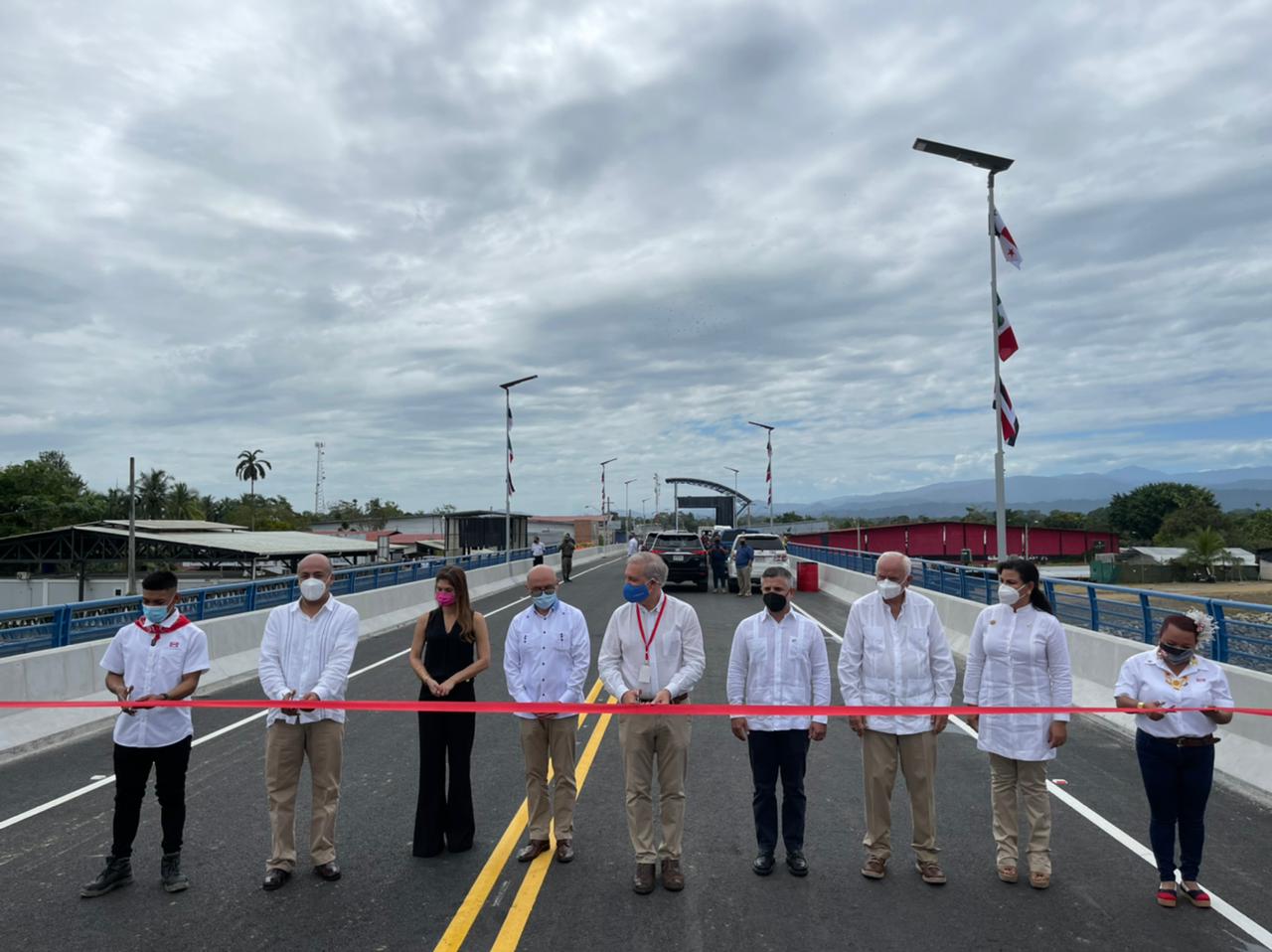 was completed 6 years after its start.

The infrastructure, which was inaugurated this past week and had a cost of $ 25 million. At 206 meters long and 16.4 meters wide, it joins the border towns of Sixaola -in Costa Rica- and Guabito -in Panama-.

It also has sidewalks and bicycle lanes on both sides and access ramps at both ends with an approximate length of 200 meters each. An amount of $ 10 million was contributed by the Mesoamerican Fund-Government of Mexico, while each of the governments made a contribution of $ 7.5 million each.

Rodolfo Méndez Mata, head of the Ministry of Public Works and Transport (Mopt) said that the work is important for the mobility of goods, not only in Costa Rica and Panama, but for the Mesoamerican region.

“Gone is the centenary railway bridge to give way to a modern structure over the Sixaola River that we are putting into service today. I am sure that it will bring great benefits to our nations by facilitating the transport of products and merchandise produced in our countries, and that it will have a significant impact on the inhabitants of Guabito and Sixaola,” said Méndez.