(10Best) From jungles to beaches, skyscrapers to colonial villages, the Atlantic to the Pacific, Panama never ceases to impress. Find out why this nation of just over four million people has become one of Central America’s hottest destinations on this virtual tour. 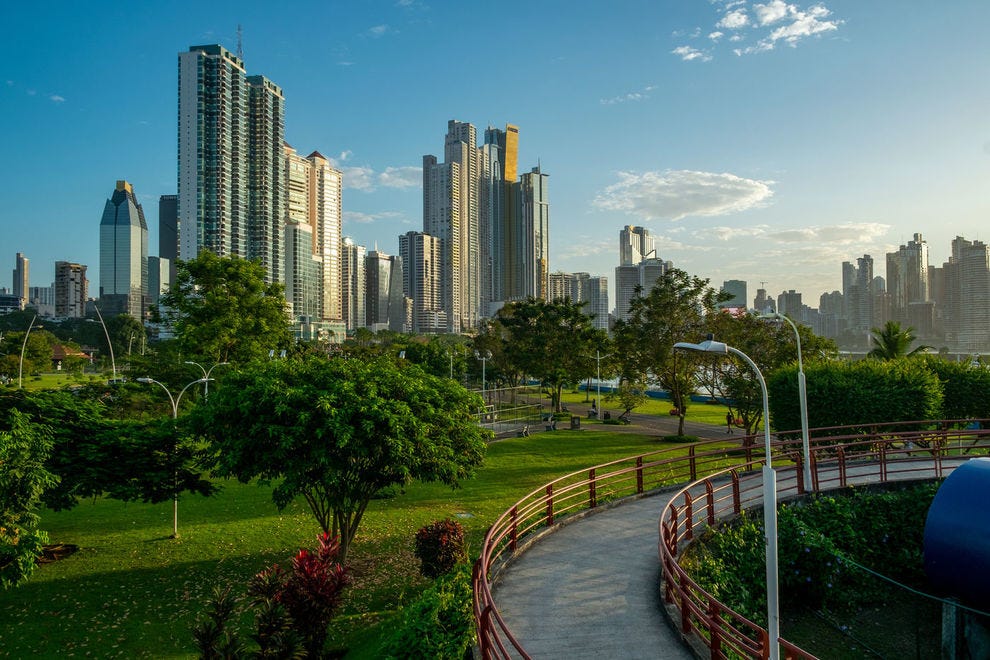 Panama City, the nation’s capital and financial hub, received a prominent place on the international map when the Panama Canal opened in 1914. Since its founding nearly five centuries ago, Panama City has become one of the most impressive capitals in Central America, all while holding close to its traditional roots. 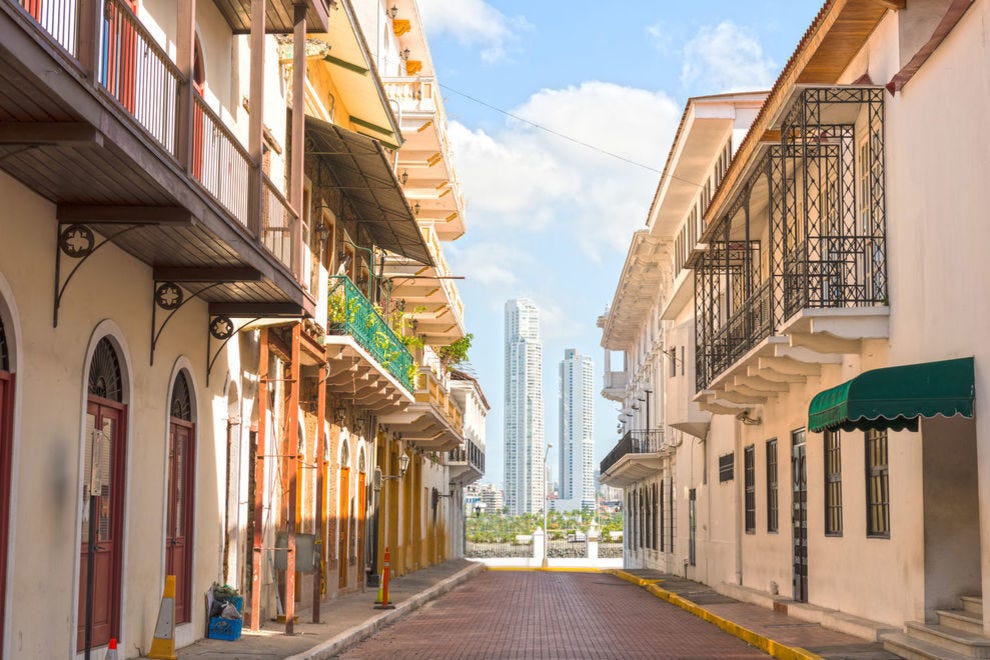 Old and new in Casco Viejo

Nowhere is the juxtaposition between old and new in more evident than in Casco Viejo, Panama City’s UNESCO World Heritage-listed historic district. From its brick streets, you can see the glistening skyscrapers of the Punta Paitilla waterfront. 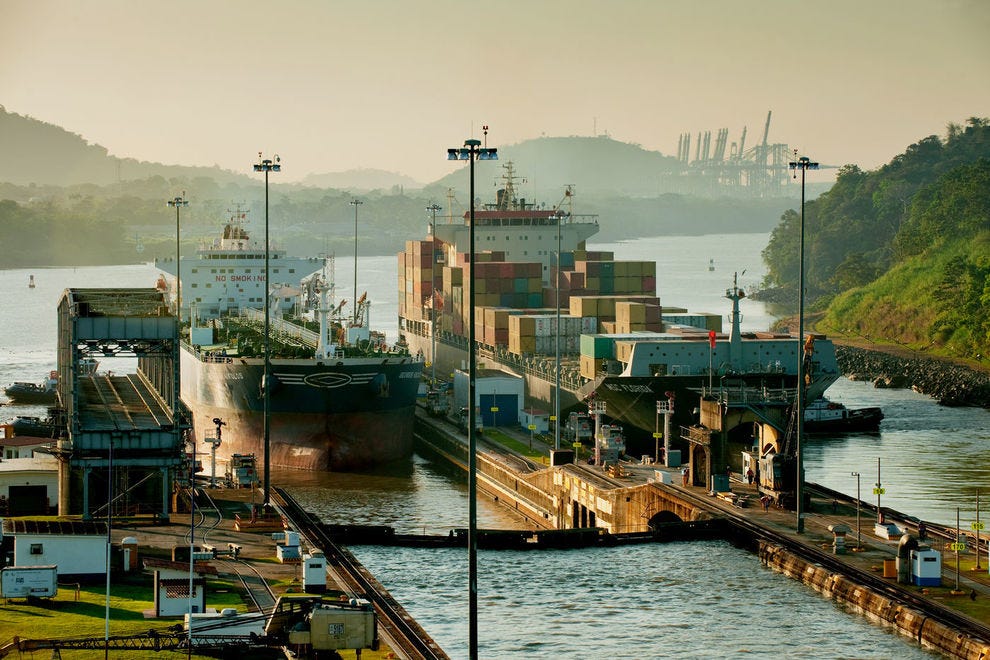 The most famous landmark in Panama stretches for 50 miles from Panama City on the Pacific side to Colon on the Caribbean coast. This engineering marvel, completed in 1914, facilitates the passage of some 14,500 vessels between the two oceans each year. This passage is so important that most new ships are built with the canal’s lock dimensions in mind. 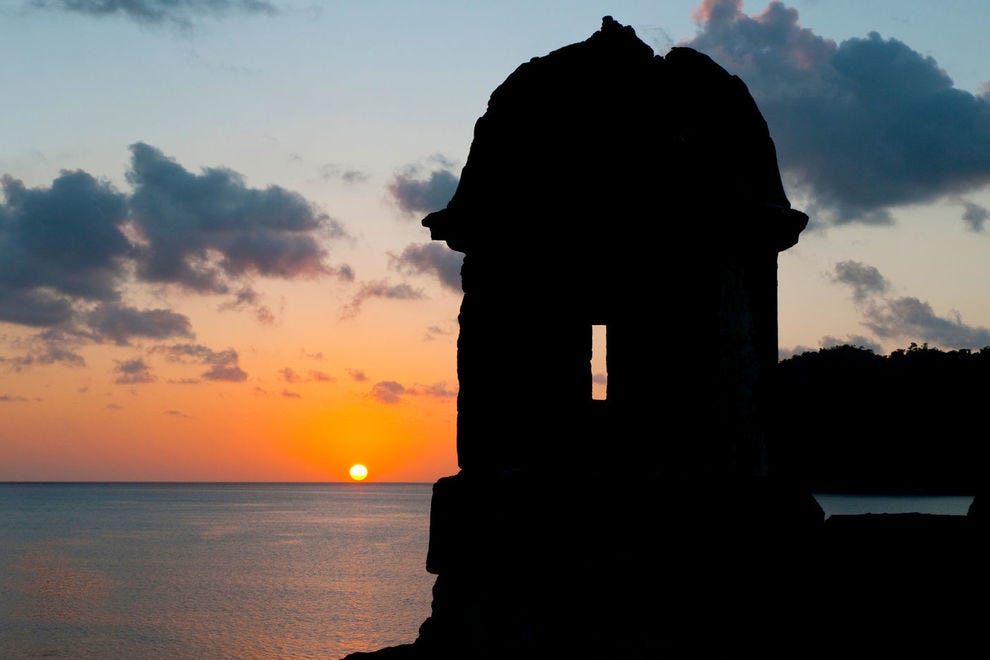 Christopher Columbus named this area Portobelo, or “beautiful port,” during his voyage in 1502. These days, the former Spanish port city has quieted to a lazy fishing village, but you can still see its colonial history in places like Fuerte Santiago. 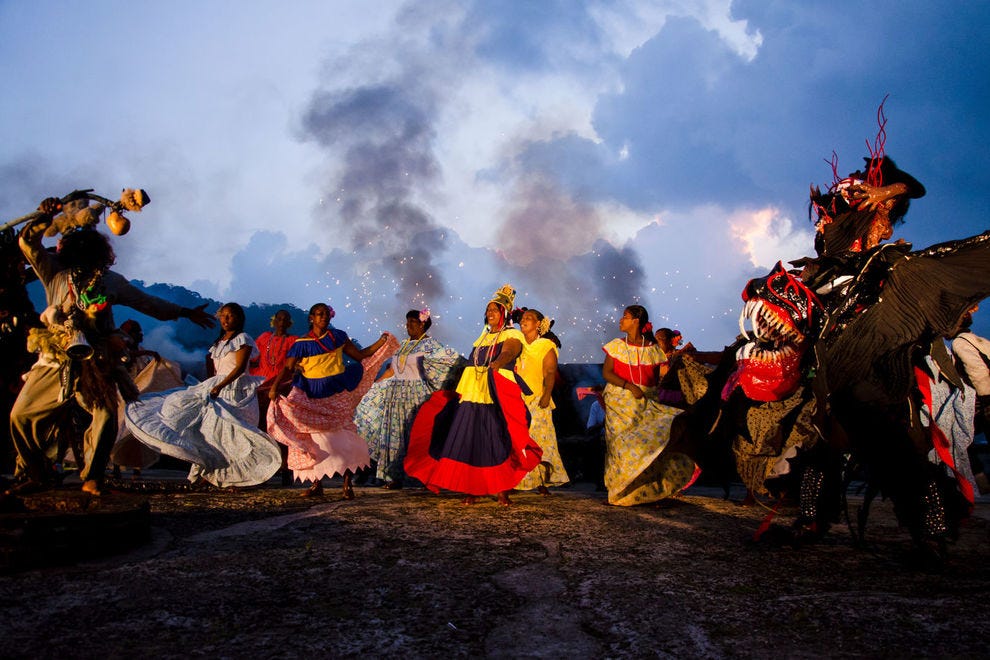 Each year, the province of Colon hosts the Festival de Diablos y Congos. This Afro-Panamanian tradition dates back to when slave trading was in practice in Panama. Enslaved Blacks who escaped would form communities called cimarrones and would wage war against their former enslavers.

This folkloric dance pays tribute to these Congos by staging a mythic battle between the Congos and the devil. 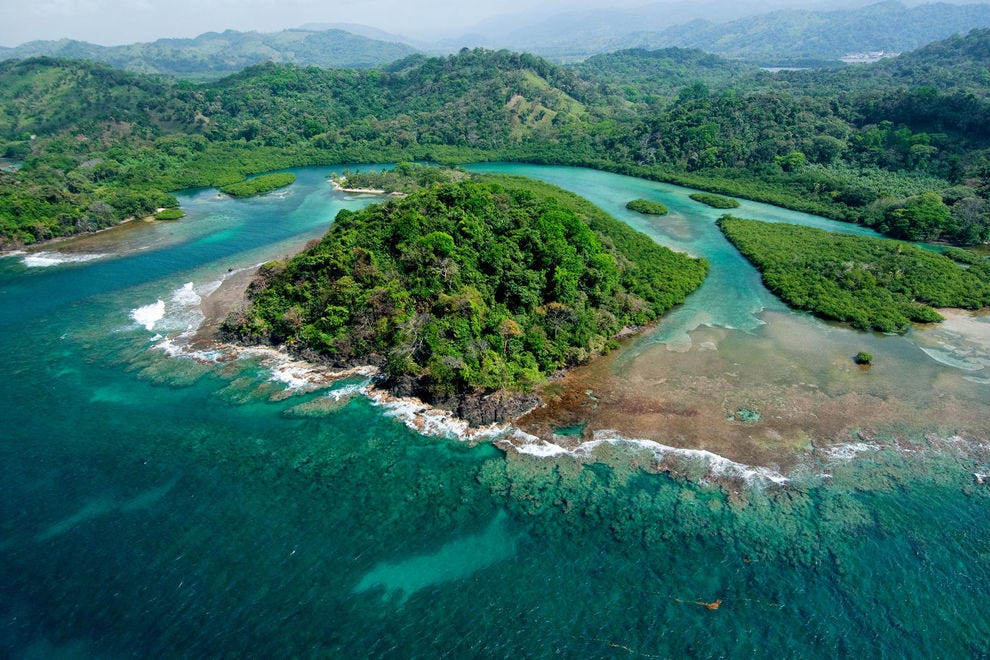 The Costa Arriba on Panama’s Caribbean side is an often overlooked yet delightfully laid-back destination for history, adventure and wildlife. This coast tends to be much more affordable than other, more popular coastal destinations on the Caribbean coast, with plentiful boutique accommodations. 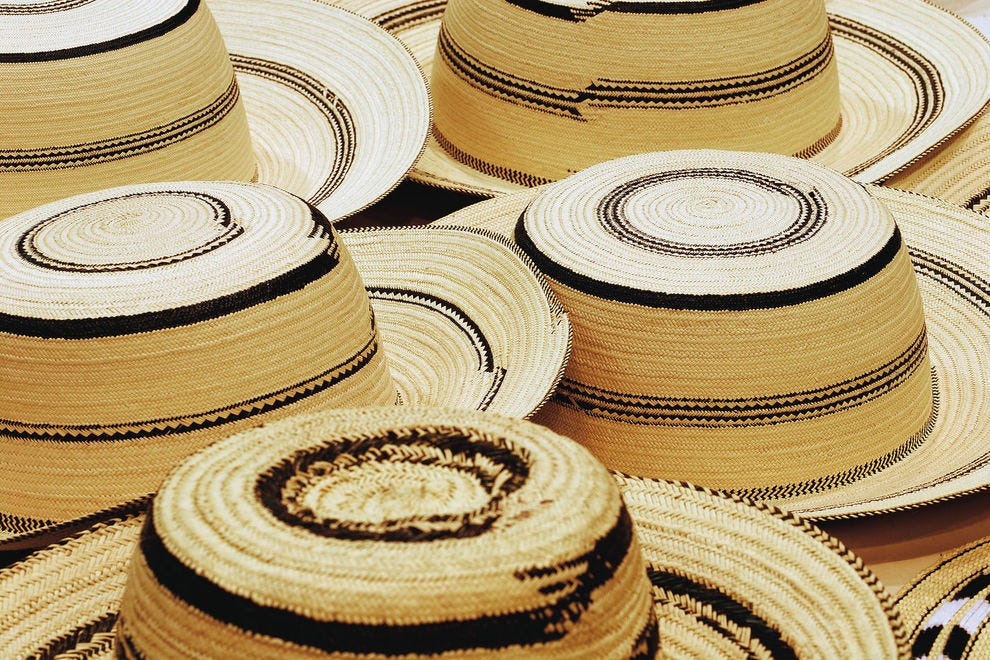 When Theodore Roosevelt returned from Panama in 1906 after a visit to the canal construction site, he came donning a Panama hat. These sombreros pintados actually originate in Ecuador but were popularized in Panama during the 19th century during the construction of the Panama Canal. 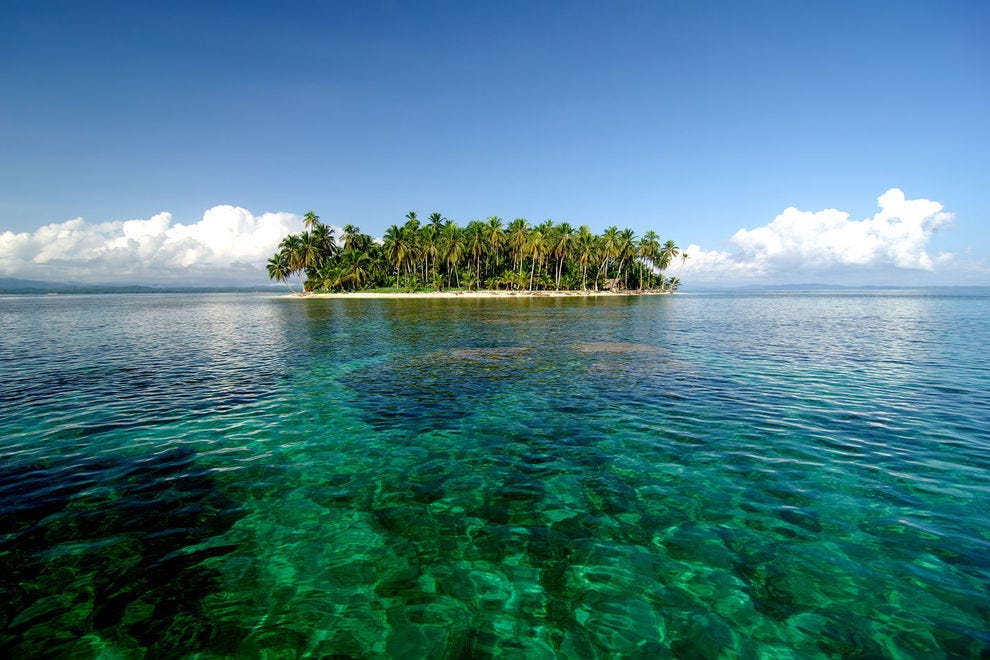 This picturesque archipelago of 39 islands and more than 100 islets gets its name from the black-lipped pearl oysters once found in its waters. These days, the islands are better known for their white sand beaches and excellent snorkeling. The television series “Survivor” filmed three seasons on the island chain. 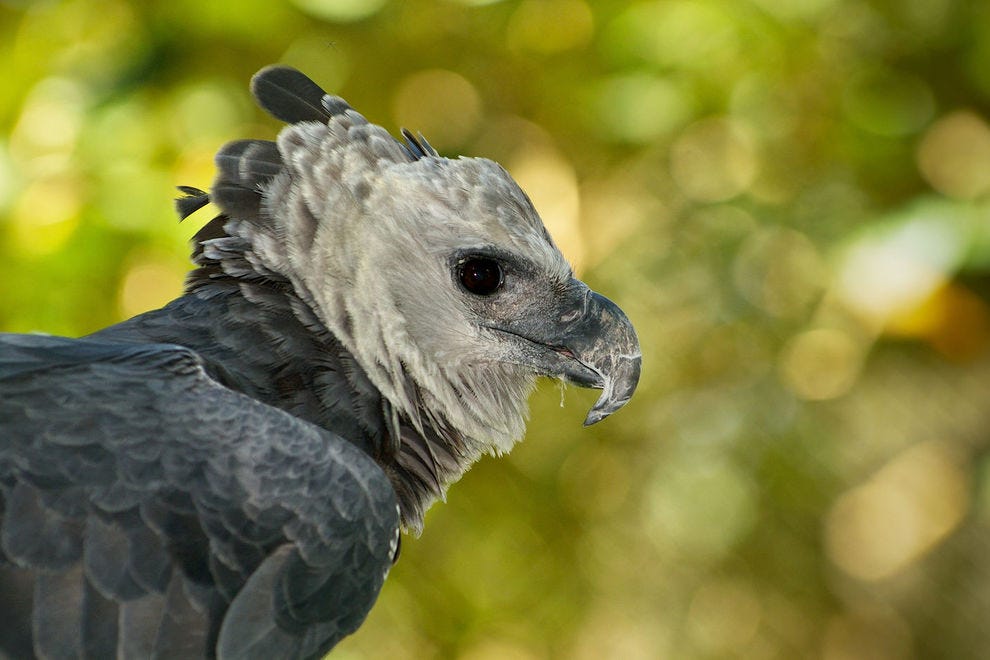 Among birdwatching enthusiasts, Panama is a bucket list destination. The country is home to nearly 1,000 species, including some 500 in Soberanía National Park. Highlights on a birding trip might include spotting a macaw in flight over Darién National Park, a quetzal in the cloud forests of the Chiriquí Highlands or an elusive harpy eagle (Panama’s national bird) soaring over the forest canopy. 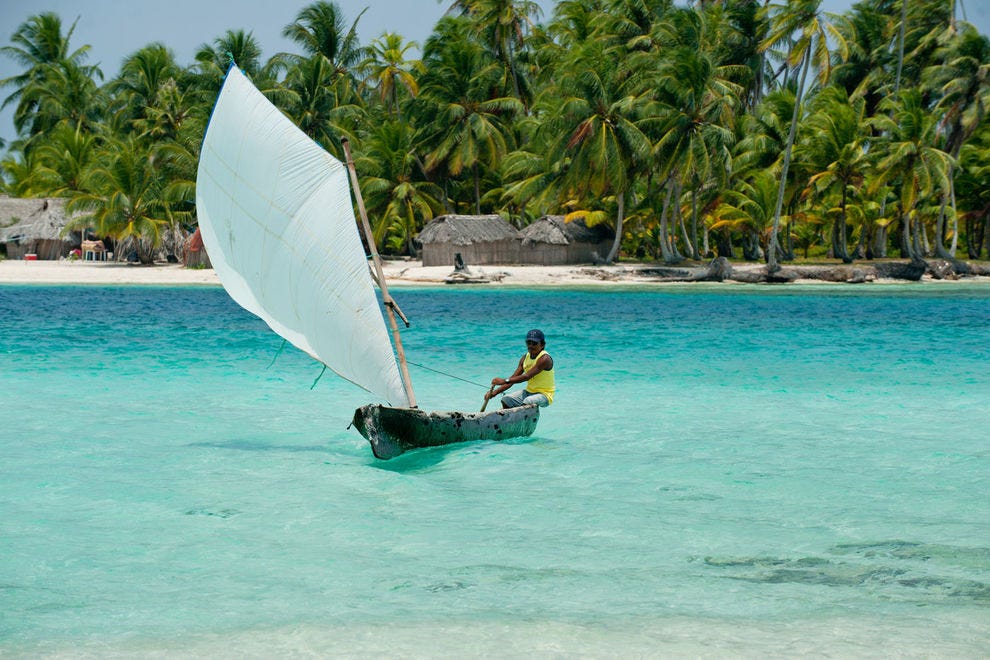 Visitors get to the San Blas Islands, known locally as Guna Yala, by speedboat, dugout canoe or sailboat. This archipelago of more than 400 islands and unnamed islets in the Caribbean attracts the sleepy beach bum crowd with its white sand expanses and colorful coral reefs. 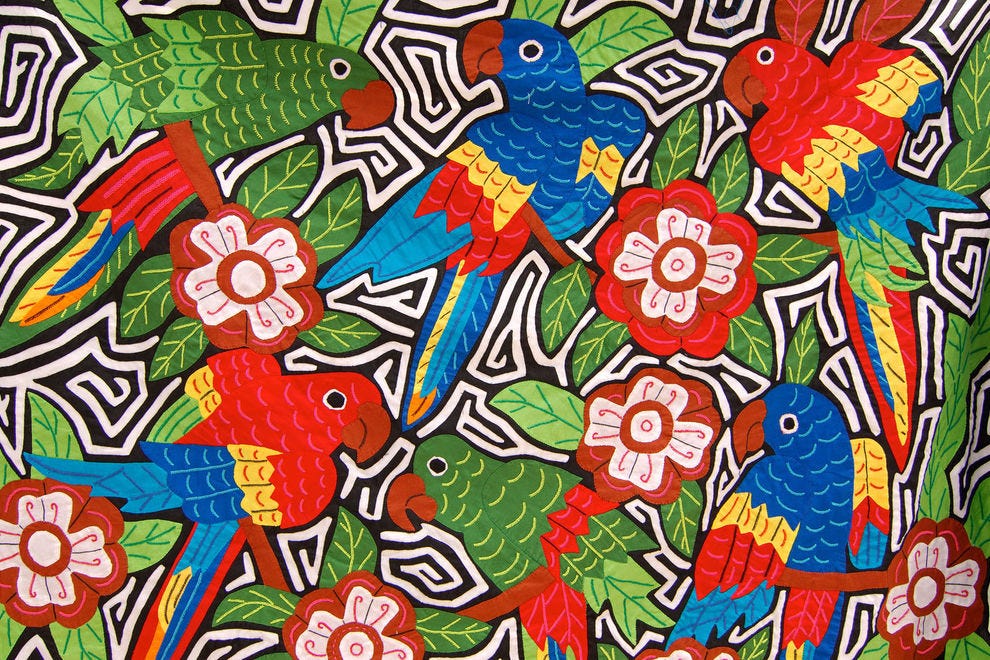 The mola, one of Panama’s most recognizable textiles, originates from Guna Yala. Women of the Indigenous Guna community hand sew cotton panels to craft stunning blouses or decorative hangings. Some of these textiles take months to complete. 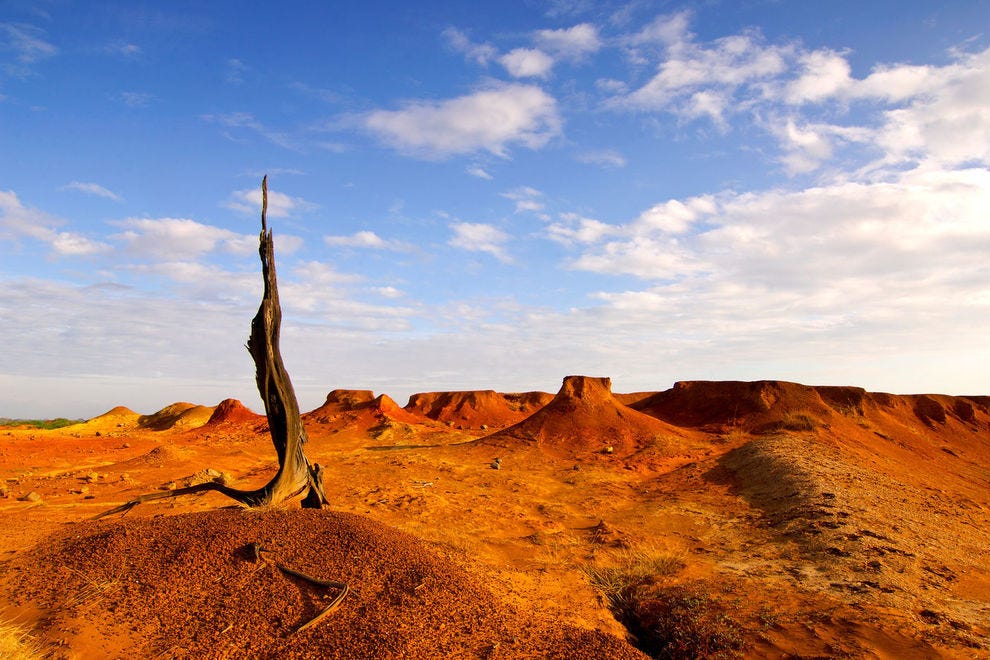 You might not expect to see a desert in the tropics, but that’s just what greets visitors at Sarigua National Park. This pre-Columbian archaeological site offers a sobering reminder of the destructive power humans can have on the environment.

The 30-square-mile expanse was once covered by tropical rainforest and coastal mangroves before slash-and-burn agriculture transformed it into a stark wasteland. 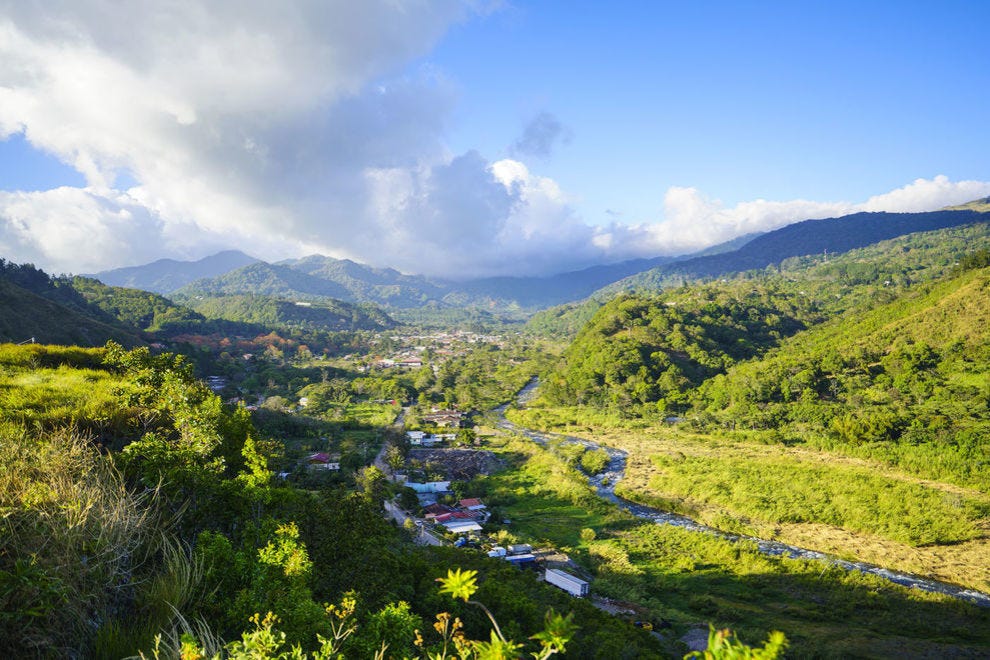 Boquete, the heart of coffee country

Boquete, ranked among the prettiest towns in Panama, sits amid the coffee plantations and citrus orchards of the Chiriquí Highlands. The town has become a hub for outdoor adventure – everything from hiking and climbing to rafting and four-wheeling. 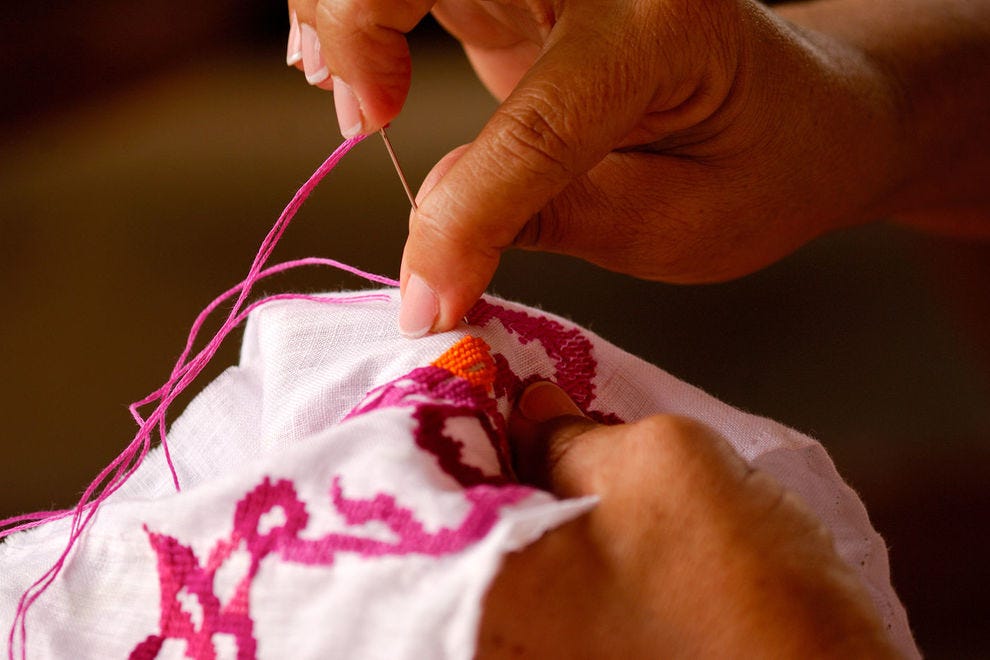 The pollera, the national dress of Panama, likely originated in Spain. Panamanian women adopted the dress of Spaniards during the colonial era and made it their own. You’ll see women wearing these colorful embroidered dresses during celebrations, like weddings, festivals and coming-of-age parties. 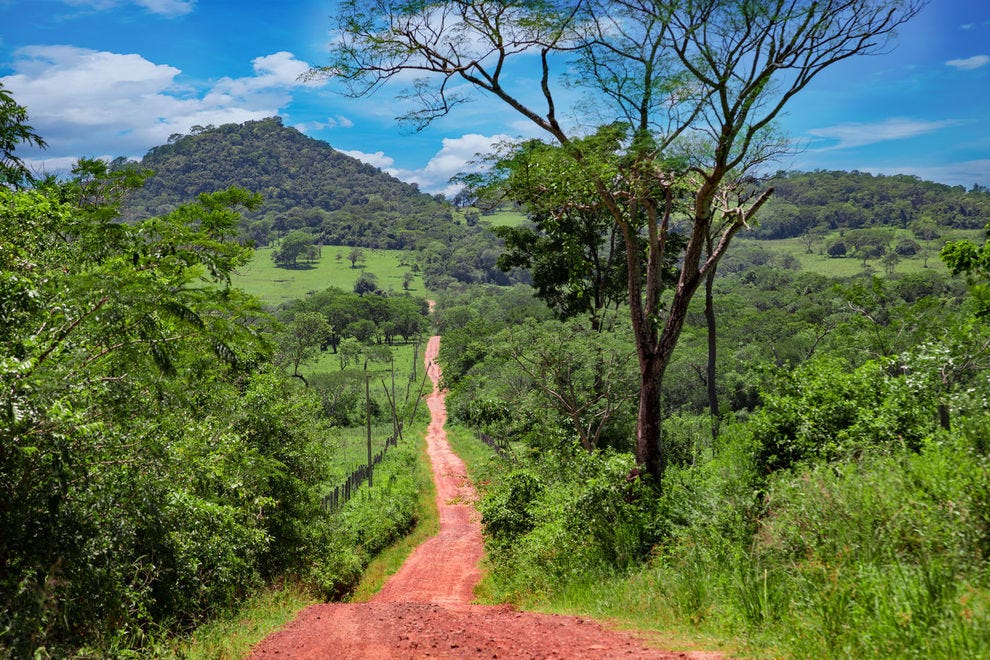 Considered among Panama’s most beautiful destinations, El Valle de Anton sits within the crater of an extinct volcano, surrounded by forests and mountain peaks. The high elevation and resulting cool climate make it a popular weekend escape for citizens of Panama City. 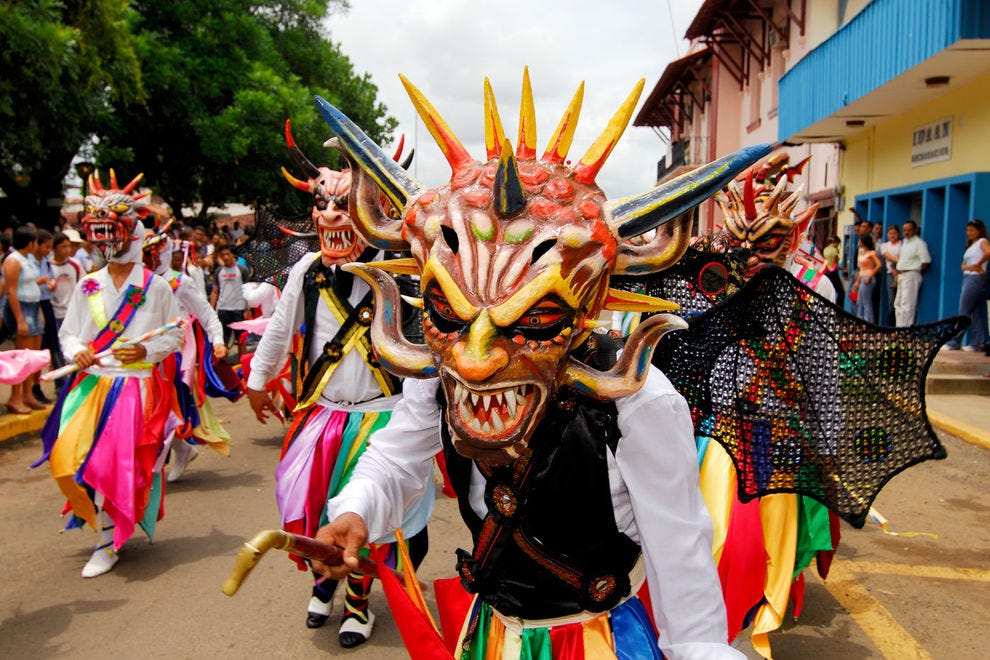 If you attend a traditional festival in Panama, you’re likely to spot some diablicos sucios, or dirty little devils. Many celebrations include a dance with masked performers dressed as devils who end up getting baptized and “cleansed” in the end. You’re most likely to see the dance during the Corpus Christi festival each June. 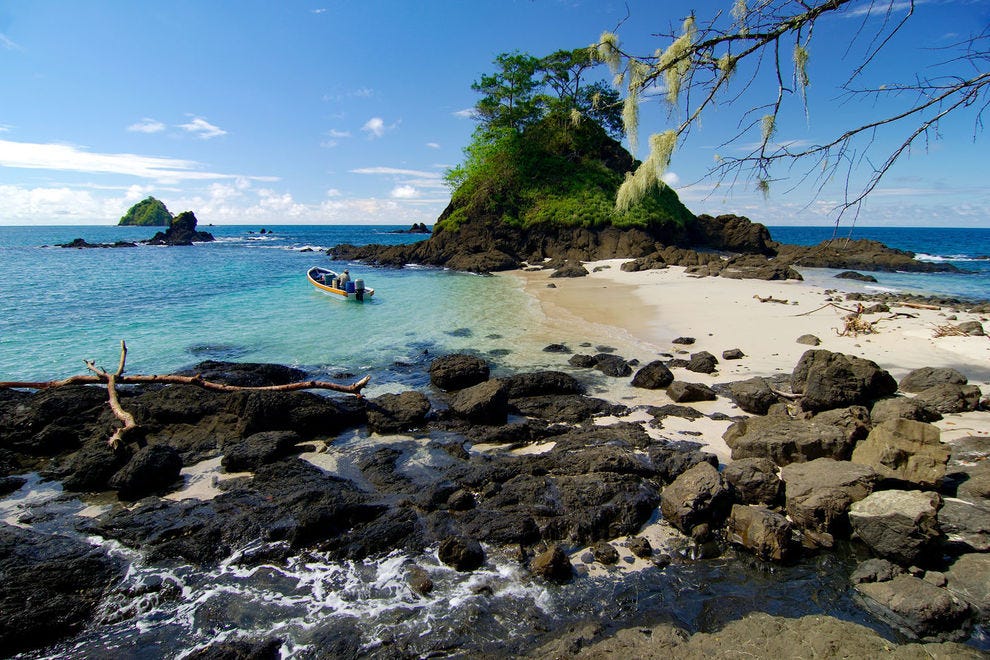 The word Veraguas means “see waters” – something you’ll certainly do when visiting Veraguas province. It’s the only province in the country to border both the Pacific Ocean and Caribbean Sea, and its coastline attracts birdwatchers, scuba divers, surfers and waterfall hikers from around the globe. 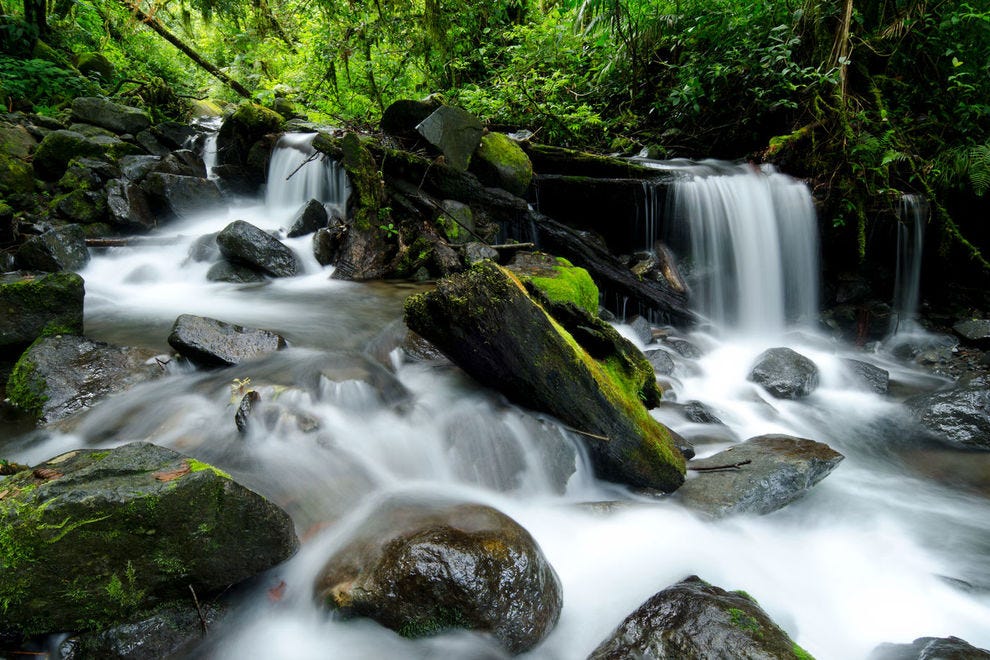 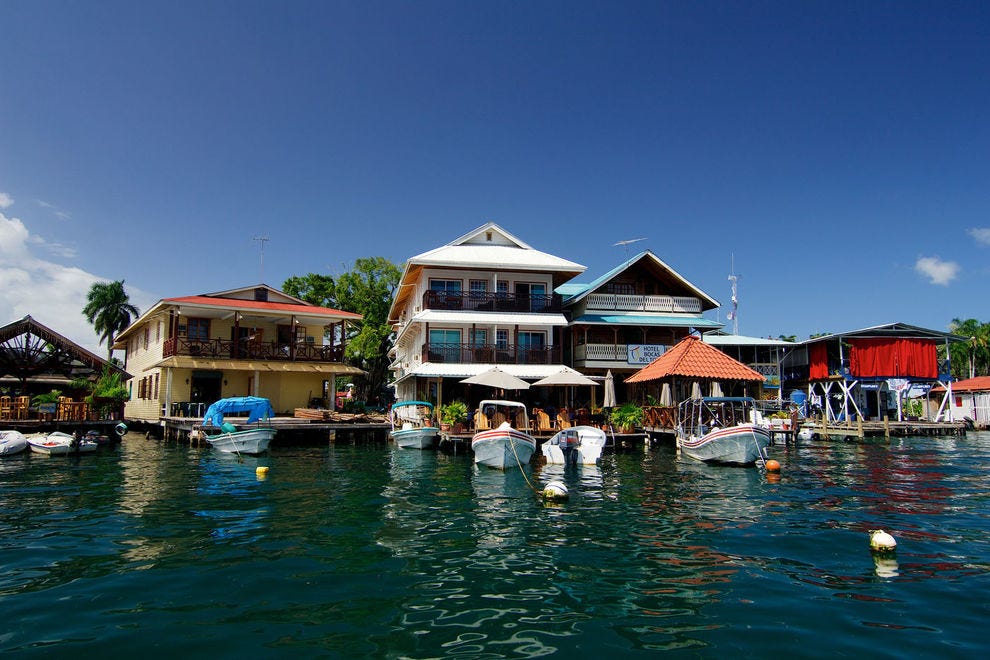 Turquoise waters and fine white sand beaches have made Bocas del Toro among the most popular beach destinations in Panama. The archipelago comprises six major islands and more than 200 cays and islets. The colorful town of Bocas del Toro, known for its laid-back Caribbean vibe, serves as an excellent base for exploring the surrounding islands. 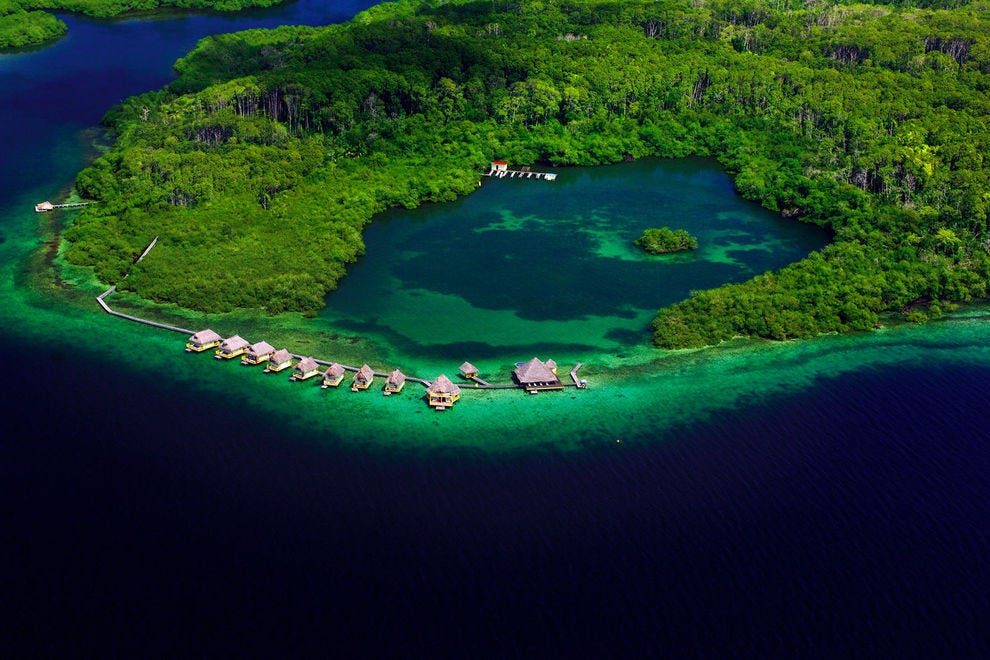 Isla Bastimentos National Marine Park occupies a wide swath of land and sea within the Bocas del Toro archipelago. Established in 1988 as Panama’s first marine park, Bastimentos serves as a nature reserve for the sloths, monkeys, caimans and numerous other species that live in the mangrove forests. 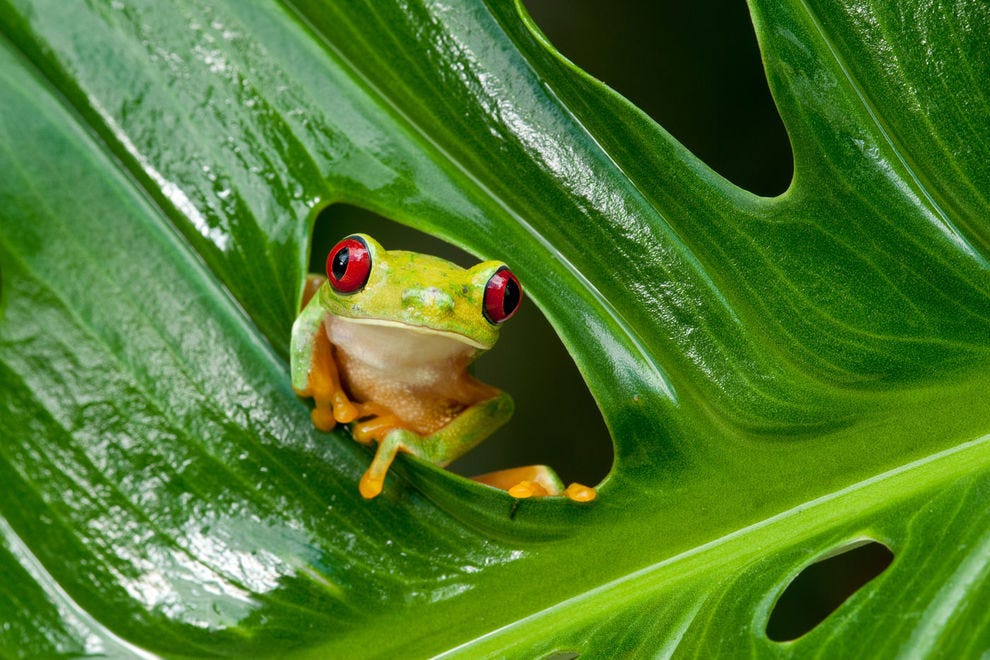 One of the most iconic critters you might spot in Panama is the red-eyed tree frog. This species can be found from Mexico to Colombia, living on bromeliads and palm fronds in the rainforest. Do you know what a group of red-eyed tree frogs is called? An army! 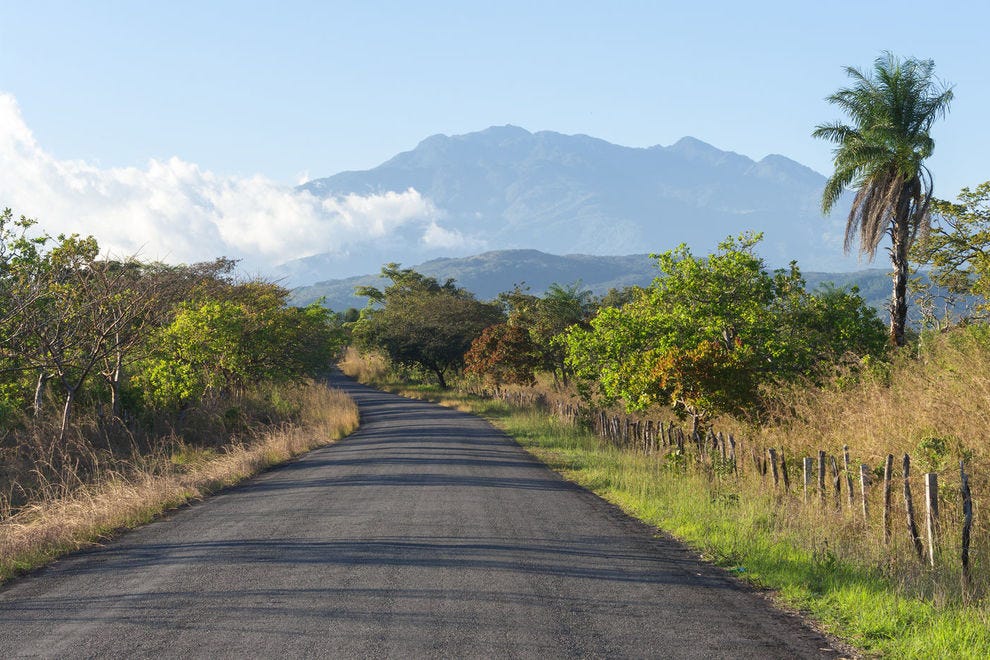 Volcan Baru rises 11,450 feet above sea level, making this dormant volcano the highest peak in Panama. Visitors who summit the volcano are rewarded with views that extend to both the Caribbean and Pacific coasts. Many people choose to make the hike at night to arrive at the summit in time for sunrise.