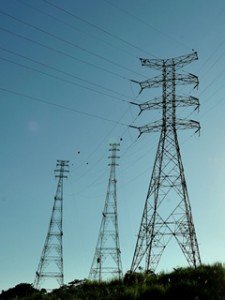 (Newsroom Panama) While farmers and indigenous groups express caution or opposition, a senior government official says that the expansion of hydro-electric power plants in Panama will ultimately lead to a reduction of electricity prices across the country.

In the next five years, Panama will have 16 new hydro-power plants, providing an additional 700 megawatts in order to meet growing demand, says Administrator of Public Services, Zelmar Rodríguez.

Hydro-electric projects will represent an investment “in excess of one billion” dollars, and will contribute upwards of 700 megawatts to the Panamanian market, which, in turn, is expected to lower the cost of electricity in the country.

Rodríguez says plants will be phased in gradually until 2014 or 2015.

At present, there are 10 hydro-electric plants operating in Panama, which sometimes have problems in supplying all the demand arising from economic growth and increased commercial and hospitality activity in the country.

“Our peak demand was 1,252 megawatts and there are times when we had an unavailability of 200 megawatts and we were still able to function. However, we are very close to not being able to meet demand,” Rodríguez said.