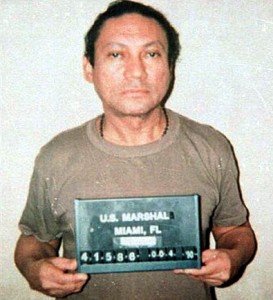 (Prensa.com) The former general Manuel Antonio Noriega, imprisoned in France for money laundering, can reach Panama before Christmas, if the paperwork is expedited, after meeting EU approval today to be extradited this country, his lawyer said Panama, Julio Berrios.

“If the bureaucracy, both in France and Panama are expeditious, Noriega in Panama must be before Christmas,” said Berrios told reporters today.

The decision of the U.S. government, which affects the second demand for the extradition of Noriega, was sent today to the Central American country’s strongest exhombre during the hearing in the Court of Appeal of Paris.

A second hearing will be held the next day 23 in the same court, to ascertain officially close the proceedings and that delivery to Panama becomes dependent on the administrative process between the governments of France and Panama.

Berrios said it is very possible that the family decides to send the septuagenarian exmilitar a doctor to accompany him during his trip to Panama, given his health problems.

He said that Noriega once you get the Central American country will meet with him and his family to deal with all aspects of the processes that are pending in Panama.

For his part, economist Mario Rognoni, Noriega’s personal friend, agreed with counsel that Berrios is scheduled to arrive before 25 December.

“We are estimating that Noriega will be in Panama before Christmas, and that the proceedings had been initiated with the first application, so it is a formality that lawyers should handle it (in France),” said Efe Rognoni.

He said the U.S. decision to approve the extradition was expected, considering that they had no objection to accept the first request of the Panamanian government.

On the possibility that Noriega associates to promote a former general mobilization on arrival, said that there is much speculation about it and think it will be very difficult to do for safety reasons.

“It’s probably not even be accessed (the place of arrival),” he added.

Panamanian President Ricardo Martinelli, said today in London, before knowing the decision of the Court of Appeal of Paris, that if Noriega extradited to Panama, “is going to jail.”

Martinelli, who today ended a three-day visit to London, also noted that, although the law of his country “does say that a citizen of more than 72 years may be granted the privilege of house arrest, that is not necessarily to happen, but a judge has to decide. ”

Noriega is being held in Paris since 2010, arriving from the United States, and is currently serving a sentence of seven years in France of laundering drug money.

From 1990, after being ousted by a U.S. invasion of Panama, and 2010, Noriega was imprisoned in the United States for drug trafficking.