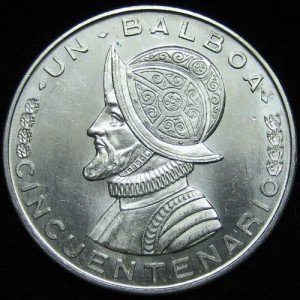 (Panama Gringo) The word for tip in Spanish is “propina”(pronounced pro-pee-nuh). In the more affluent countries we come from, tipping is a common courtesy and a generally expected custom. When it comes to gratuity in Panama, however, many are unsure of who to tip and how much is acceptable to offer. Let’s consider a few different scenarios and discuss what the appropriate amount of gratuity to give is.

Restaurants. Just as in the United States, waiters and bartenders work hard for the tips they earn in order to make a living. At the same time, tips are a way of rewarding quality service, and are not given under obligation. The standard for tipping at a restaurant is 10%, and of course this can vary with the service that was shown. If the service was poor, for instance, some would have no problem paying the bill and leaving without including gratuity. Use the 10% gratuity as a guideline and adjust according to your own conscience.

Taxi Drivers. While it is not customary to tip a taxi driver, some may make a habit of rounding up the taxi fare as a way to express their appreciation for good driving or a helpful recommendation.

Hotels. Most Panamanian hotels will include a 10% service charge that is already included in the bill. That being said, it is appropriate to tip staff on an individual basis. When a porter or bellboy assists in handling luggage, it is customary to tip $1 per bag. Don’t forget to leave $2 for the housekeeper or maid each day of your stay as well. Many have found that they received much better maid service when they left a slightly bigger tip on the first day and then left a tip consecutively rather than tipping at the end of their stay.

Spas and Salons. Use the same 10% standard to tip for treatments at a salon or spa. Of course, this is the minimum, and based on service, you may want to tip a little extra to show your satisfaction.

Use the above information as a rough guide to Panamanian tipping etiquette. While not obligated in every situation, offering gratuity can be a kind way of showing appreciation for quality service. It can also be a good tactic to ensure better service when frequenting salons, restaurants, or other establishments with familiar or known employees.