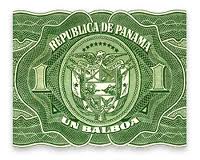 (prensa.com) Panama‘s economy grew 8.7 percent in the fourth quarter of 2010 compared to the same period of 2009, pushing the expansion of the country’s gross domestic product for 2010 to 7.5 percent.

“This growth is explained by the global economic recovery, which influenced economic activity in Panama,” said officials with the Ministry of Economy and Finance.

The growth in 2010 was led by public works, tourism, port activity and activity in the Colón Free Zone.

The economy of Panama is expected to grow at one of the fastest rates in Latin America in 2011. Estimates are it will grow at 8 percent.