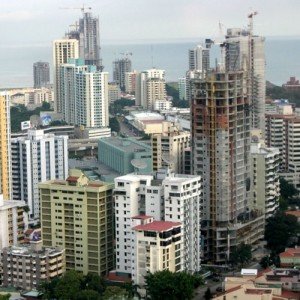 (Newsroom Panama) Panama’s first International Film Festival (IFF) will be held in April next year, say joint announcements from the government and the Canadian organizers.

It will also get a pre-launch  in front of an international gathering of film glitterati and journalists at the World’s biggest Film Festival in Toronto in September.

Originally scheduled for February, the date was moved back to ensure sufficient flights and hotel rooms to accommodate the expected influx of international visitors.

The new date will be April 11-18
“The new dates gives us the  extra lead-time we need to get ready for the festival” said Henk Van Der Kolk, co-founder of IFF Panamá.

Rob Brown co-founder and CEO of IFF said: “We can get much better deals on hotels and flights in April.   April is a time when Panama is not as packed, yet the weather is still great and North Americans still want to get out of the cold”.

He hoped that by April COPA Airlines, the festival’s first major sponsor would have direct flights from Toronto.

The sponsorship of the festival by the Ministry of Industry and Commerce and the tourism authority represents a major investment in culture for Panama said Brown.

“In addition to the tourists and the movie stars the festival will attract, IFF Panamá will help kick-start the Panamanian film industry, generate international media exposure, and create jobs.

“The film festival will also encourage film education programs, with a long-term goal of starting a film school in Panama. Once film producers actually get to see all the beautiful and exciting places Panama has to offer for locations, we expect more and more films to be shot here” said Brown

The festival was co-founded 36 years ago by Henk Van der Kolk.

The Panama Party will feature Panamanian music, dancers, food and drinks and there will be  special guest appearance by Ruben Blades. It will be attended by international journalists, film producers and VIP guests .

Members of Panama’s burgeoning CanadaPLUS Club  who happen to be in Toronto on September 10  are invited to the party which starts at 7 p.m. They need only show their Canada Plus card to get free entry.

The party will be followed by an IFF Panama-sponsored TIFF gala at 9:30 PM at Roy Thompson Hall.

“This gala sponsorship represents the first time a new, fledgling film festival has sponsored the largest film festival in the world” said Brown

“This party and gala are only possible because Henk Van Der Kolk, my partner in IFF Panamá co-founded TIFF, 36 years ago. “As far as I know, Henk is the only person in the world to have started TWO international film festivals in a lifetime” said Brown

A government release said the First International Film Festival of Panama will see the arrival pf dozens of stars of world cinema, to participate in the exhibition of their productions,  and share in the celebrations with our people to throughout the country.
“In an unprecedented effort, the Government represented by the Ministers of Trade and Industry, and Tourism Roberto Henriquez Solomon Shamah, provide an important contribution to the cultural world Panamanian support for the implementation of the IFF in our country.”
Panama will have a significant presence in the most important film festival in the world: The Toronto International Film Festival”
Shamah  said that the pre-event is an excellent opportunity to show what we can do to Panamanians call the attention of the film and show the attractions that will attract new visitors to this country.
For the Commerce Minister Roberto Henriquez, said that the festival would help establish a international film market, where giving Panama the opportunity to introduce filming locations and national talent to the most renowned producers and directors the world.
IFF has a board of advisors led by creative Panamanian  filmmakers people from local entertainment, including: Pituka Ortega Heilbron, Abner Benaim and Luis Pacheco. The Honorary Chairman is renowned Panamanian actor and singer  Ruben Blades.

The government has  formed a team to work with Henk Van der Kolk and Rob Brown in the development of all events.

An ultimate aim will be to create an international school of cinema where directors, actors, producers, and technicians can get jobs in locations that Panama can offer for films.