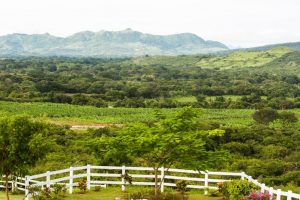 (Fresh Plaza) The largest organic nursery in Central America was inaugurated this Wednesday in Panama; a project that aims to promote an agricultural model based on innovation and technology.

The nursery is located in El Olivo de Natá, in the province of Coclé, and consists of a Simply Natural Farm project, which in addition to promoting organic production in Panama, will increase and strengthen the quality of fruit growing and help boost the export of domestic products outside the country’s borders.

The Ministry of Agricultural Development (MIDA) explains that this project, which has required an investment of more than 4 million dollars, will make it possible to produce seedlings with “high genetics.” The facilities are equipped with state-of-the-art technology from Israel and the US, and have a labor force of more than 200 people from the Coclesan region.

He stressed that the nursery has seven hectares arranged for controlled agriculture, where more than 100 thousand organic fruit plants, including mangoes and citrus fruits, as well as cucurbits, are produced per hectare.

“More than 10 companies from Israel and the United States have brought their technology here and exchanged their knowledge and experiences with Panamanian producers and with ministry technicians. We have achieved a natural synergy to promote tropical and perennial fruit growing,” said the head of MIDA, Eduardo Carles.

He added that the Government has approved 8 regulations to support fruit production in Panama.

It should be noted that within the framework of the inauguration, the the Panama Exporta seal was placed on two pallets of premium products, one of organic bananas and the other of organic lemons. As a result, Simply Natural has become the 25th company to market its products internationally under the national brand.