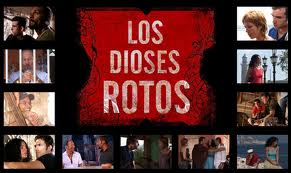 (Prensa.com) The third traveling Caribbean film festival will be screened at the City of Knowledge, on the banks of the Panama Canal, from May 24-27, announced Panamanian filmmaker and cultural promoter Enrique King.

The traveling film festival will open with a screening of the Cuban film “Los dioses rotos” (“Broken Gods” by Ernesto Daranas.  The film, released in 2008, presents a reflection on ethical issues.

King emphasized that, since its inception, the film event was designed to serve as a cultural initiative to promote “greater and more effective visibility of works of filmmakers and audiovisual professionals in the Caribbean.